Ozone therapy is one of our most popular treatments because it helps the whole-body without being invasive. Adding ozone therapy to any health regimen will benefit the patient in a myriad of ways! From less fatigue to the elimination of some allergies, ozone therapy in benefits any condition.

Ozone therapy was well tolerated and no adverse effects were noted, except soft and temporary flatulence for some hours after each session. Conclusions: Ozone therapy was effective in radiation-induced rectal bleeding in prostate cancer patients without serious adverse events.
– Evidence-Based Complementary and Alternative Medicine, 2015 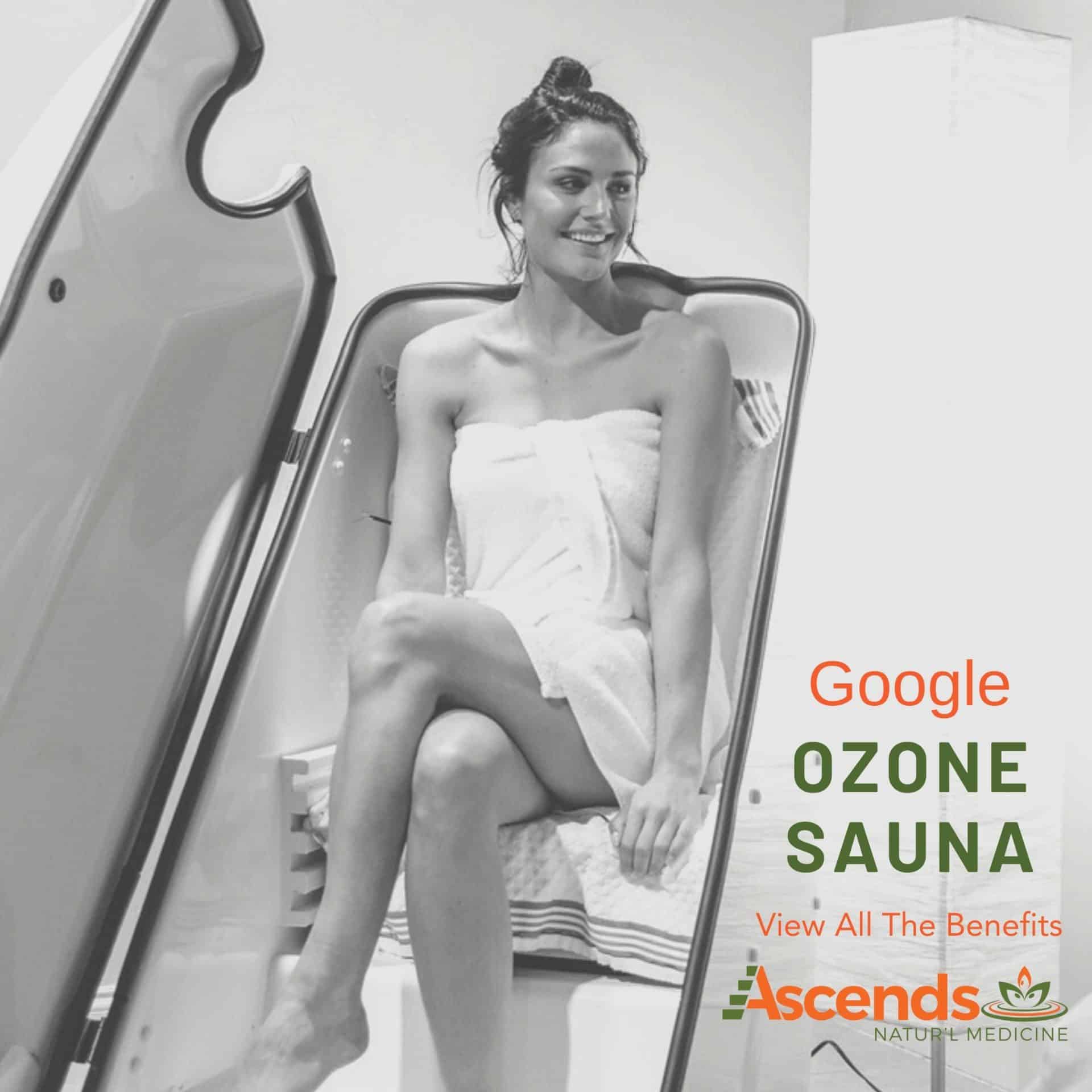 What is Ozone Therapy?

Ozone Therapy is an immune enhancing therapy for the treatment of many diseases including cancer, hepatitis, arthritis, and chronic bacterial and viral infections. Ozone is a chemical compound consisting of three oxygen atoms O3, a highly energetic form of normal atmospheric oxygen (O2). At room temperature, O3 is a colorless gas with a characteristic odor (eg after thunderstorms, at high altitudes or near the sea etc). Due to its being an extremely powerful oxidizing agent and a highly effective disinfectant, it is used throughout the world to destroy germs in water treatment installations supplying drinking water.

Medical ozone is always a mixture of purest ozone and purest oxygen. Ozone concentration is determined according to the medical indication and the patient’s condition. Medical ozone has highly pronounced bactericidal, fungicidal, and virostatic properties, and is thus widely used in disinfecting infected wounds, as well as in bacterially and virally produced diseases. Its ability to stimulate circulation is useful in the treatment of circulatory disorders and makes it valuable in revitalizing organic functions.

Ozone reactivates the immune system. As a response to this activation through ozone, the body’s immune cells produce special messengers called cytokines. These inform other immune cells, setting off a cascade of positive changes throughout the immune system, which resist disease. This means that the application of medical ozone is extremely useful for immune activation in patients with low immune status and/or immune deficit.

Ozone Therapy is performed by drawing 150-200mL of blood and infusing it within ozone produced from pure oxygen. This freshly ozonated blood is then infused back into the patient. Treatments are used in conjunction with other specifically indicated nutrient and IV therapies.

Where did Ozone Therapy come from?

In the mid-nineteenth century, ozone was first introduced to body care. It was used first as an equipment and room disinfectant and later a water cleanser and purifier. Later, it was even used to treat tuberculosis and disinfect wounds during WWI! While it is a toxic gas when the body is exposed in excess, the ACBM biomedical professionals know the safe amounts and frequencies for highly beneficial therapy!

Who benefits from Ozone Therapy?

We recommend Ozone Therapy for anybody! Due to the way our program is set up to customize all treatment plans for the patient, ozone therapy, or simply increased oxygen to the body, helps rejuvenate and activate the cells. We often add ozone therapy to other treatment plans to enhance their results!

More specifically, Ozone Therapy works to aid those suffering from…

Get started with Ozone Therapy today

Talk to Ascends Natural Medicine professional today to find out more about adding ozone therapy to your healing process! Fill out the contact form to the right, or email info@ascendsnaturalmedicine.com or call (480) 253-9533